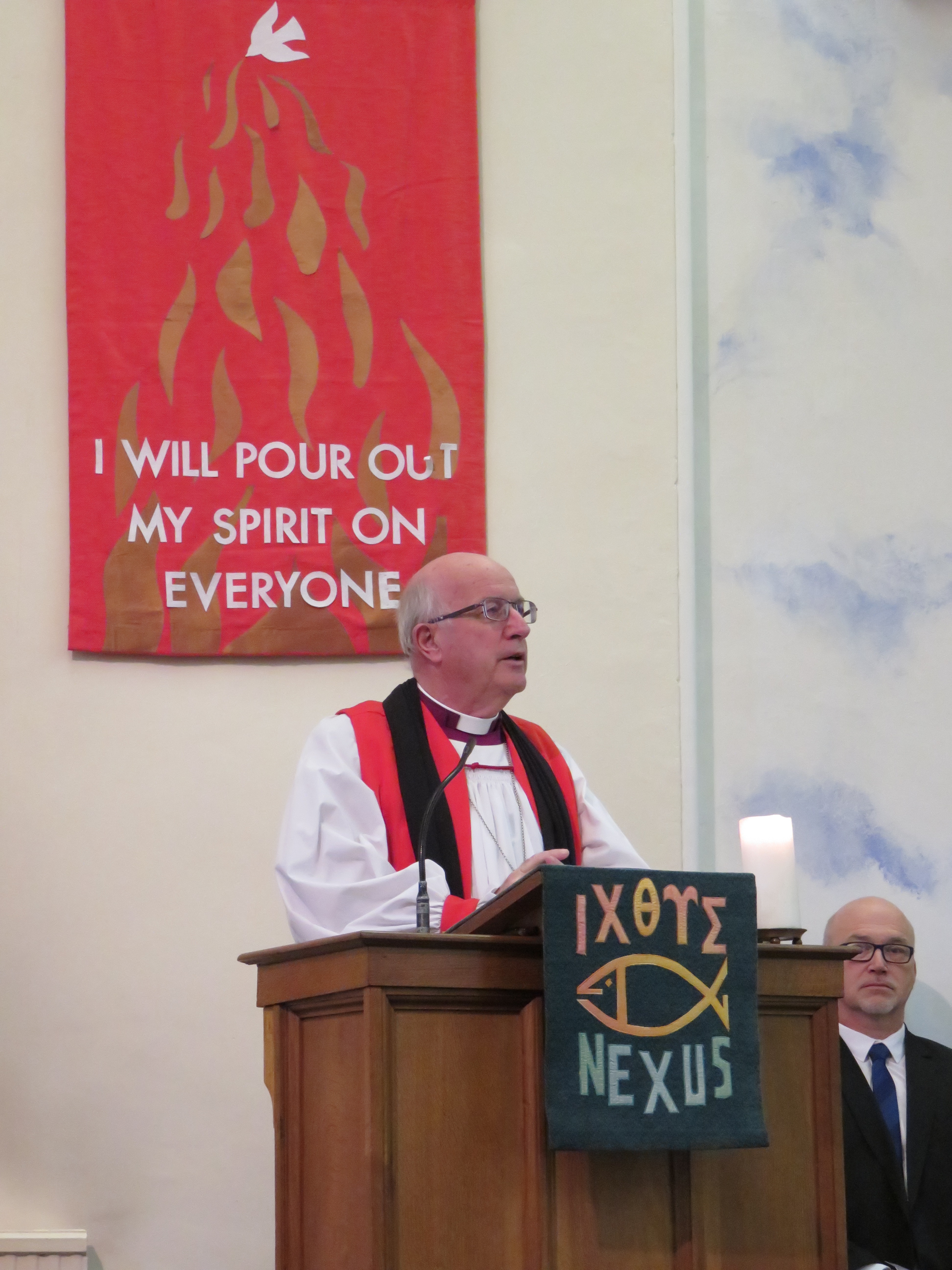 The Rt. Revd. Dr. Chris Herbert, former Bishop of St. Albans and one-time vicar of St. Thomas-on-the-Bourne, Farnham preached on Ephesians 4.  “Alleluia for you”, he said, “because you, like those first followers in Ephesus, can have no idea what the future might bring. You have taken a courageous step on God’s road…and the future is in his hands.”  Read the full sermon…

During the service, the church’s constitution was formally adopted and signed, the Church Leaders elected and commissioned, the ministers affirmed, the congregation made a covenant with each other and with individually with God, and keys to the two buildings were exchanged.  The congregation then shared Holy Communion together.

Listen to a recording of the service here.